New home sales in GTA slower but no crash in sight: Report

Condo investors have backed away from the Toronto area in the wake of Ontario’s new foreign buyers tax, but that hasn’t halted construction of new homes in the region.

Investor inquiries on the BuzzBuzzHome site dropped 52 per cent year over year in September and 42 per cent in the latest quarter compared to the same period in 2016, said a third-quarter report from the online development hub.

But those inquiries had surged prior to the government’s housing announcement in April, said BuzzBuzzHome.

It reported there were about 168,000 new construction homes being planned or sold in the Toronto region in the third quarter — most in the condo sector — with only 36,295 single-family homes (detached, semi-detached and townhouses) available or in the pipeline. 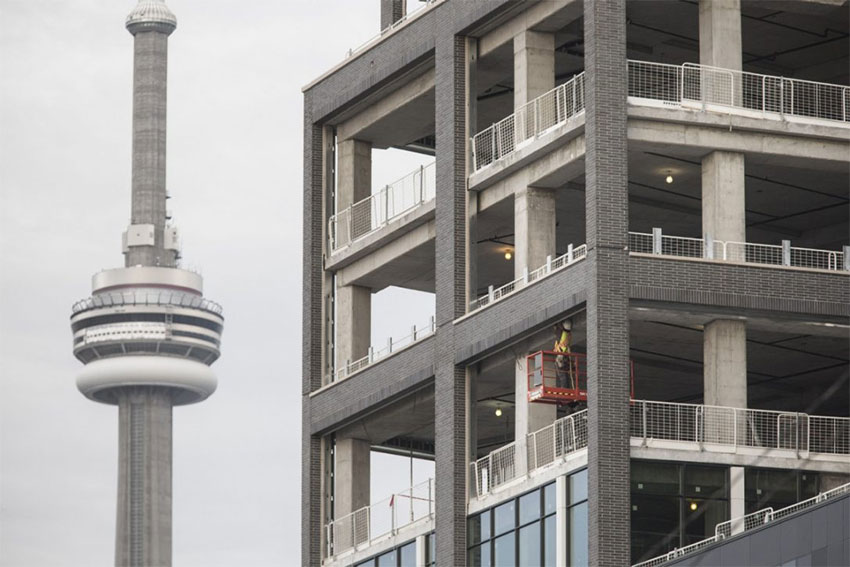 But, the report says, “rumours of the Great Toronto Housing Crash have been greatly exaggerated.”

The GTA new construction market may need to undergo a slight price correction to accommodate the jitters caused by the (Ontario) Fair Housing plan,” said the report.

But research analyst Suleman Dawood said the company doesn’t “see the calamitous crash happening that a lot of people foresaw.”

Despite a slowdown in sales and de-acceleration of prices following the government measures, the underlying housing market fundamentals remain strong with re-sale prices up 6 per cent in September, said Dawood.

That was supported by 2 per cent population growth in the Toronto Census Metropolitan Area (CMA) that month and low Toronto (CMA) unemployment at 6.5 per cent in August.

Dawood said he expects a brisk fall market in single-family homes as buyers try to avoid the new mortgage stress tests that take effect in January that will make it harder to qualify for a loan.

The Office of the Superintendent of Financial Institutions announced last week that even applicants with a down payment of 20 per cent will have to qualify at a rate 2 per cent higher than the central bank’s posted interest rate.

But Dawood says single-family home buyers will likely back away from the market again in the New Year thanks to those tougher lending rules.

“People will no longer be able to afford the bulk of the single-family inventory on the market,” he said.

He expects the high-rise market to be less affected.

“Other than the luxury condominium market, most high-rise properties are still generally within reasonable affordability realm,” said Dawood.

BuzzBuzzHome shows that Peel Region had the most new construction single family homes on the market in the third quarter — 1,736 — compared to only 175 in the City of Toronto.

The city continues, however, to dominate the condo market with 7,459 for sale in the third quarter and another 100,937 in the proposal stage.